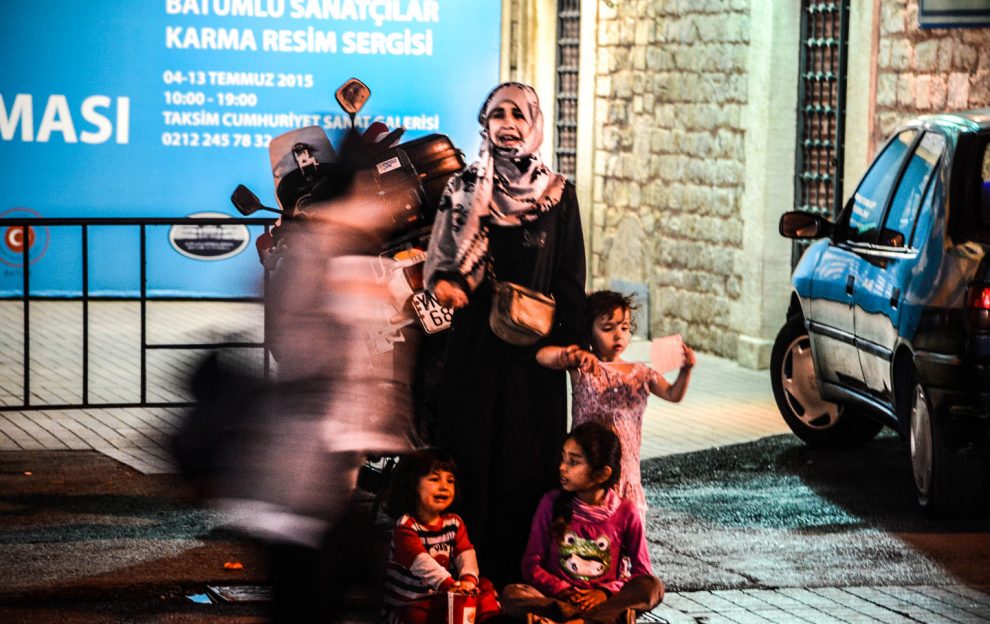 When Adnan Hacadnan and his family fled Aleppo four years ago and arrived in Turkey, their first challenge was to find accommodation. As refugees, this was not an easy task.

“The first question everyone asked was, ‘Where are you from?’” the 48-year-old said, adding that the response was not always friendly. As soon as potential landlords found out his family were Syrians, they refused to rent out their property.

“Even if someone agreed to rent us their house, the price was set too high and we couldn’t afford it,” Hacadnan continued. He and his family lived with relatives for a while until they finally found a house in the town of Kumburgaz near Istanbul, where they stayed for two-and-a-half years. Even there, the landlord was highly suspicious of his Syrian tenants and would come by on a daily basis to check on his property.

Hacadnan has since moved to the Istanbul district of Sultanbeyli, popular with many other Syrian refugees. He said that life was currently easier, although he was still troubled by local attitudes towards his community.

“I am alright now. But Turks sometimes ask us, ‘What are you still doing here? Why don’t you go back to Syria?’ But where can we go?”

With 3.5 million Syrian refugees spread over more than 80 of its cities – most living in private rather than state-run accommodation – Turkey is hosting one of the biggest refugee populations in the world.

Locals in cities such as İstanbul, Gaziantep, Adana and İzmir see rents rising as a result of demand and blame this on the newcomers, and the search for affordable housing has become a symbol of tensions between the two communities. Although the rental prices have stabilized over the past several months, that did not stop these tensions.

While many Turkish citizens say that they have no problems with the refugees and are happy their country is hosting them, others claim that Syrians are taking their jobs and causing rental price hikes.  A survey conducted in 2016 by the Kemerburgaz University (Turkey) and Kent University (UK) showed that 91 percent of Istanbul’s residents believed that Syrian refugees made it more difficult for Turks to find jobs, while 94 percent believed that rental prices increased because of Syrians.

“If you try to warn them, then the arguments start, sometimes even fights break out,” he said. “This neighborhood changed when they started coming here three or four years ago. Everybody is disturbed.”

Halil denied that Turkish landlords routinely refused to rent properties to Syrian refugees due to prejudice. He said that he himself had rented a house to a Syrian, but “as revenge, because I was angry with my family.”

“Elderly people and children are okay, but young people should have stayed in Syria and protected their families. When you hear them quarrel, you would never guess that they escaped from war,” he concluded.

Professor Murat Erdoğan heads the Research Centre on Migration and Adaptation at the Turkish-German University and is the author of Syria Barometer: How to Live with Syrians in Harmony.

He stressed that crime rates in Turkey had not increased with the arrival of the refugees and noted that claims that Syrians took jobs from Turkish citizens were “unfounded”.

Although it was true that at least a million Syrian refugees now worked in Turkey, he noted that these were mainly low-paid jobs requiring heavy physical labour – jobs Turkish citizens normally avoid.

“The refugees wouldn’t be able to survive if they didn’t work, but they are employed as low-cost labour and are often exploited,” Erdoğan continued. “Turks wouldn’t want to do those jobs for such a small amount of money anyway.”

The situation was not helped by the political atmosphere, he continued, stressing that both the ruling and opposition parties had promised the electorate ahead of last summer’s elections that the refugees would be sent home as soon as circumstances allowed it.

“That only increased people’s expectations,” he said, adding that the ongoing conflict meant that a mass return was unlikely to happen any time soon.

Ziya Ülhak street, in the Sultanbeyli suburb of İstanbul, has become such a haven for Syrian refugees that shops have signs written in Arabic, rather than Turkish. Some have dubbed it Aleppo Street.

Shopping in a store full of Arabic groceries, 18 year old Bedir Azize explained that he himself came from Aleppo three years ago with his parents and four siblings. Since then, he has come across all the usual stereotypes applied to the influx of refugees. Even his Turkish friends have prejudices, he continued.  “They claim that Syrians came here and took jobs from Turkish people,” Azize said.

Another refugee, Nur Karamüslim, first tried her luck in the ethnically mixed border province of Hatay. After crossing the Turkmen mountain on foot, the 39-year-old and her four children tried to settle near the Syrian border.

“Most of the house owners I approached said, ‘We don’t rent to Syrians,’” Karamüslim said, adding that after a long search she had finally found a property to rent. “In the area of Hatay where I lived, people loved Assad. They would often tell us, ‘Assad did nothing to you, you are liars!’ Finally, we moved to İstanbul because Hatay was not safe enough for my children.”

Sumeye Muarret Mısrini, a 30-year-old from Aleppo, shared a similar story. After her husband was killed by sniper fire, she fled to Turkey with her mother and other siblings. She said that it had taken them two months to find accommodation because most landlords they met refused to rent their property to Syrian refugees or asked for an impossibly high price.

Erdogan noted that decent and affordable housing was a countrywide problem, and not one that the newcomers should be held responsible for.

“If Turks want to blame anyone for the costly rents, it should be the owners of the [rental] houses because they make a profit out of this situation. It is pointless to blame Syrians,” he said.

Erdogan acknowledged sometimes the proportion of refugees to locals inevitably led to tensions.

“For example, in the city of Kilis in south-central Turkey, Syrians make up 92 per cent of the residents,  while in the city of Şanlıurfa, close to the Syrian border, they make up 23 per cent. It would be impossible to expect that this would not affect the housing situation in these cities,” Erdoğan said.

In Sultanbeyli, he continued, the municipality was quietly working to balance the needs of the Syrian refugees and the local population. Their efforts were kept low-key, however, to avoid antagonizing local citizens.

“Municipalities’ services are funded from various sources, but those are not the funds that are re-allocated to refugees. But people don’t understand that, so the municipal authorities prefer to help refugees without creating too much fuss”, he said.

Syrians needed more compassion, Erdoğan continued, adding that “we should make their lives easier as much as we can. They cannot be blamed for everything that is wrong in Turkish society”. 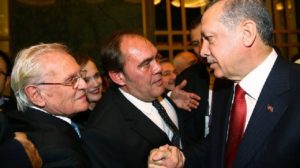 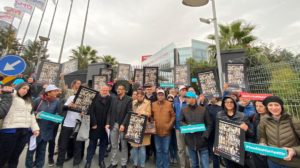 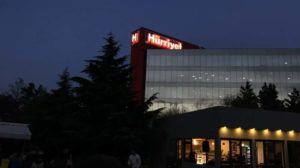